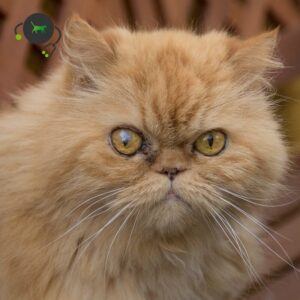 Predisposition according to the races

Effect on the kidneys

PKD results in the formation of renal cysts filled with fluid. These cysts disrupt the functioning of the kidneys (renal failure) and can lead to the death of the affected cat.
The evolution and severity of PKD depends on the size and number of renal cysts.
In a kitten genetically affected by PKD, the cysts are microscopic and present at birth. Over time, the cysts gradually enlarge and can reach several centimeters in diameter.
In the majority of cases, cysts develop slowly, and symptoms appear at the age of seven or eight years. In some cases, the evolution is much faster.

On the left a normal kidney, on the right a kidney with PKD (presence of many cysts)

Realization of the genetic test

The DNA test for detection of PKD can be performed from 6 to 8 weeks. Like all genetic tests, this test is very reliable.
The test is usually performed from a buccal swab, fast and easy to perform.

Here is the list of the different types of samples that are accepted for this test :

The test does not make it possible to determine the severity of the PKD.

It is important to early detect PKD for an effective treatment. These treatments help to limit and delay the onset of symptoms but do not allow the cats to recover.

The following breeds are recognized :

Click on the example certificate below to open it.

Please wait. Your example certificate is being created.
Áantaj
Ok

All Saturday And Sunday Days
All Official Holidays

Drop us an email

We use cookies to ensure that we give you the best experience on our website. If you continue to use this site we will assume that you are happy with it.Ok